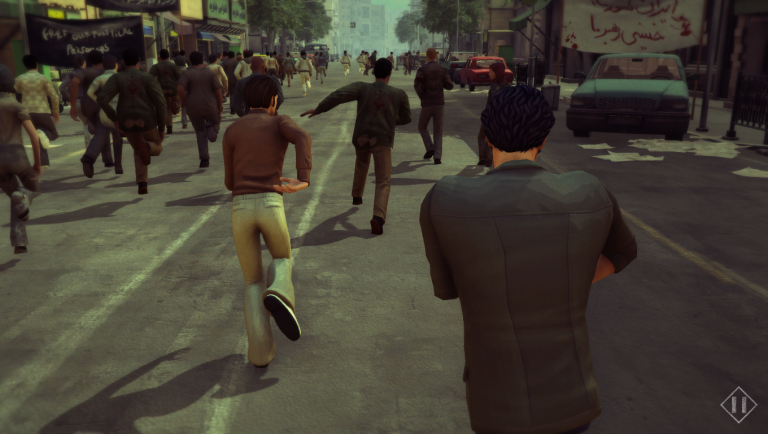 The indie game, Black Friday, is an ambitious attempt by Navid Khonsari and developers at INK Publishing to immerse their audience into a civil rebellion. Players take agency over the Character of Reza, son of an affluent conservative family, who must decide his path during the tipping point of the Iranian Revolution.

The premise is unconventional to western audiences and that’s the game’s allure. You assume the role of a photographer turned activist amidst a surging movement. Our character is influenced by family and friends who challenge his ideals of what’s right and wrong in a country undergoing transformation. Will he choose to abandon the camera for more violent forms of protest? Will he fight to defend others from violence? Do his photos communicate a message of his choosing, or will the message be chosen for him? Does he have any say in where the movement is heading?