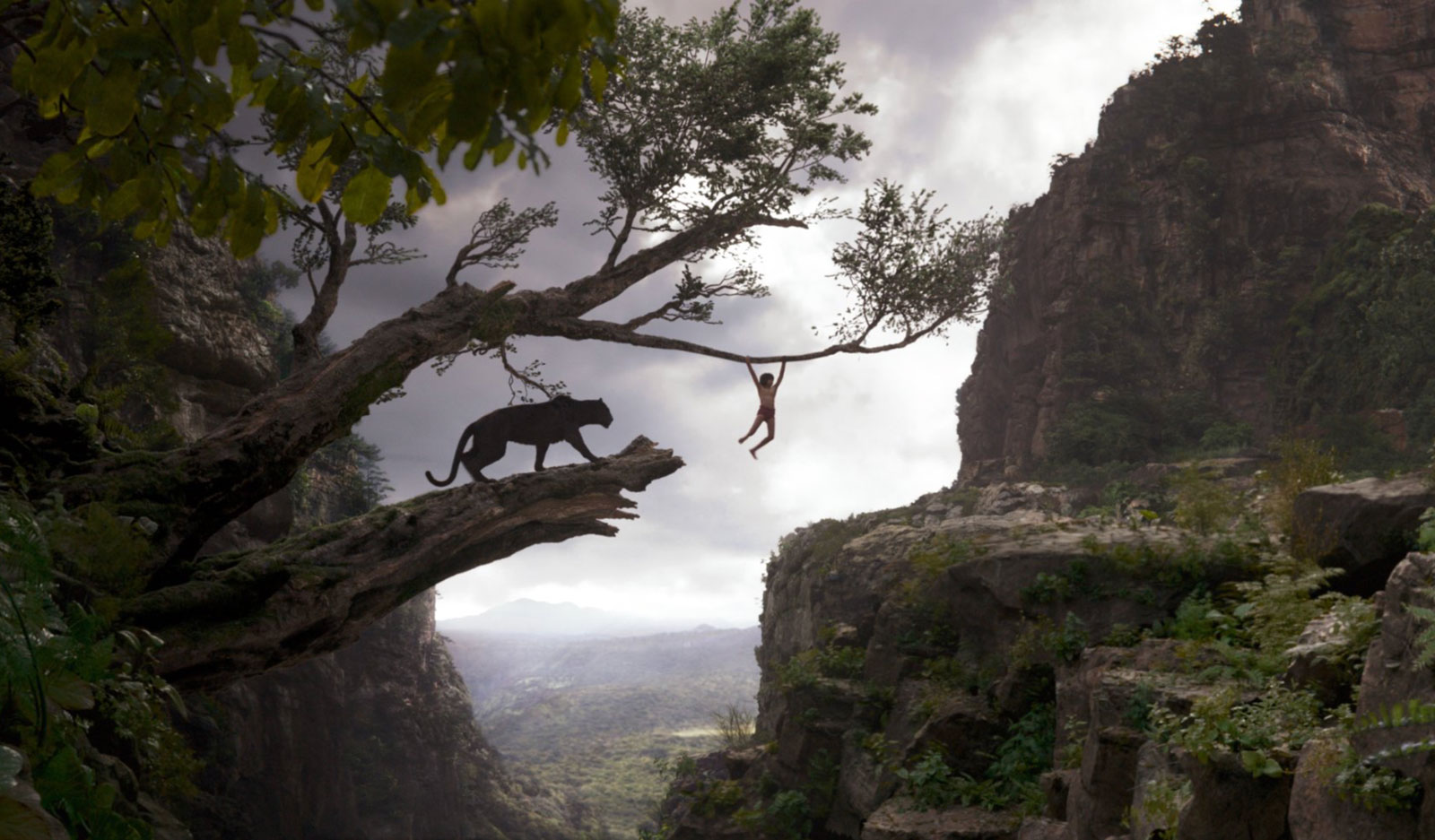 Mogly has I gourd on a chord, but he is not allowed to use this innovative technology at the water hole. The law of the jungle forbids innovation. The gourd is called one of his human “tricks”.

SHER-KAN How many lives is a man-cub worth?

SHER-KAN You did not respond to reason, so now you will know fear

KAA I know what you are. I know how you got here.

Mogly makes ropes and stuff to get Baloo some honey.

BALOO Kid, that’s not a song. That’s propaganda. (About the law of the jungle)

BALOO The things I saw you do today. I’ve never seen that before. MOWGLI That was me using my tricks. It’s not the wolf way. BALOO Who cares about the elf way? That’s the Mogly way. The Baloo way.

Mogly helps the bear and the elephants with his tricks.

Mogly accidentally sets the jungle on fire. Shere Khan tells them that this is why he wanted to kill Mogly. Sher-kan knew what Mogly was going to become.

He is saying that man is the destroyer. Mogly uses an elaborate plan to trap Sher-kan and lead him to his death.

MOGLY I’m not afraid of you. I’m done running from you.

Mogly is speaking for the human race that has virtually eliminated predation from its list of mortal threats.

He then directs the elephants to Tera form the river to put out the fire.

Scarlet Jansen sings a closing number, “truss in me"